What have you been working on?

We are currently working on ApexSQL Doc 2015 R5 version – a documenting tool for SQL Server instances, databases, objects and SQL Server Integration Services packages. It generates comprehensive documentation in a number of formats including CHM, HTML, Microsoft Word’s DOC and DOCX, and PDF

What is the ETA to production?

What is included in new releases?

For ApexSQL Trigger 2015 R1 we introduced a new feature – possibility to audit DDL changes. Users are now able to track DDL changes on audited database, collect data and generate reports in the similar manner they are tracking DML changes 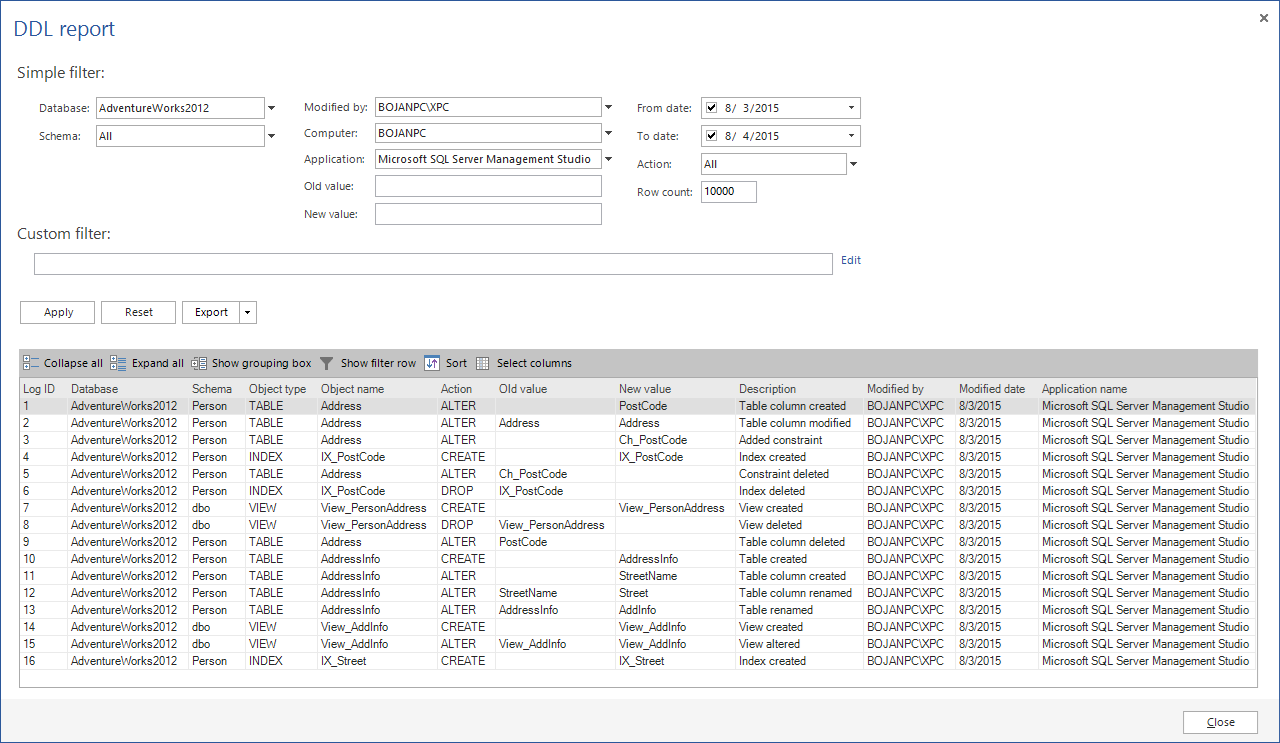 How to configure and use DDL auditing in ApexSQL Trigger is explained here.

We also fixed 37 bugs for this release

What is planned in future releases and what are ETAs?

This release will also include more than 30 fixed bugs

For the complete list of features coming in the future releases of ApexSQL Doc, please visit Roadmap page here

If you have any issues or suggestions on your mind, feel free to contact our support and send us your feedback. That will help us to make better tools for you