We are glad to announce that ApexSQL Plan 2017 R2 has just been released. In this version we added many new features and major improvements related Query store support and Stored procedure analysis along with other minor features.

This tab resembles the complete Query store feature in the previous version of ApexSQL Plan, but now as a separate tab, allows users to view specific Query store results using their predefined criteria. The main enhancement of the Data tab is that the Query store is now available to users that haven’t yet migrated to SQL Server 2016 or higher. This means that besides the original support of Query store for SQL Server 2016, previous versions of SQL Server from 2008 to 2014 are also supported. This includes all editions (Express, Standard, Enterprise). 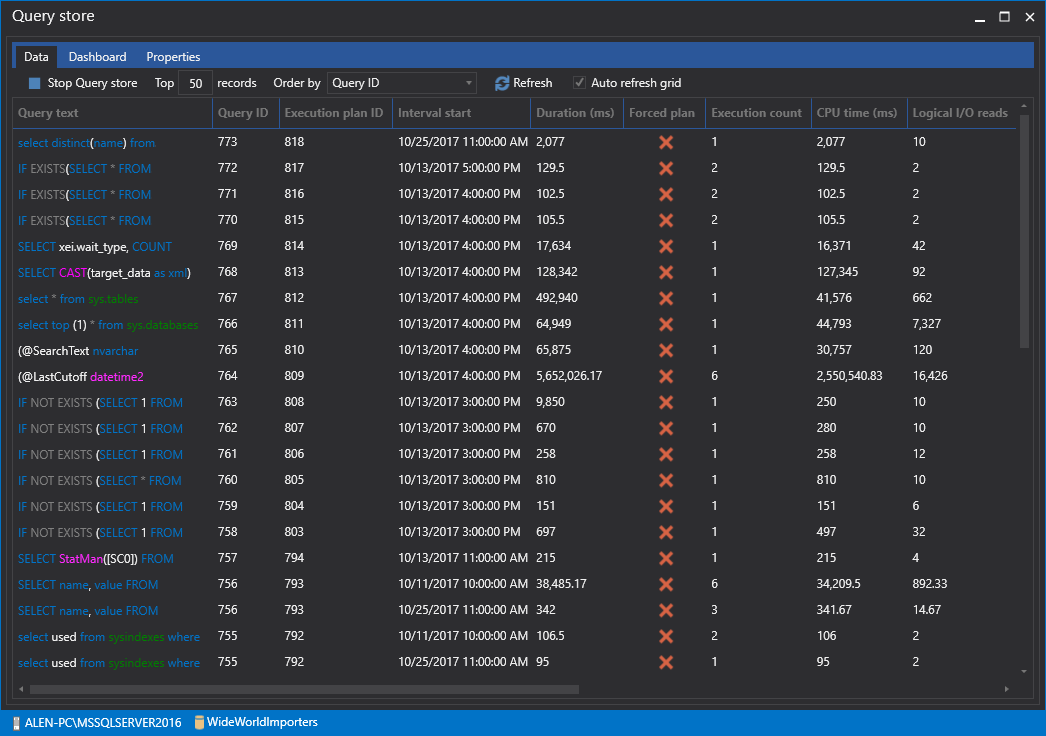 Diagrams, who doesn’t like them? The new Extended Query store contains an additional tab reserved only for diagrams and charts that can provide visualization, deep insight and analysis of the data inside Query Store.

The following graphical representation elements of the Query store dashboard are implemented: 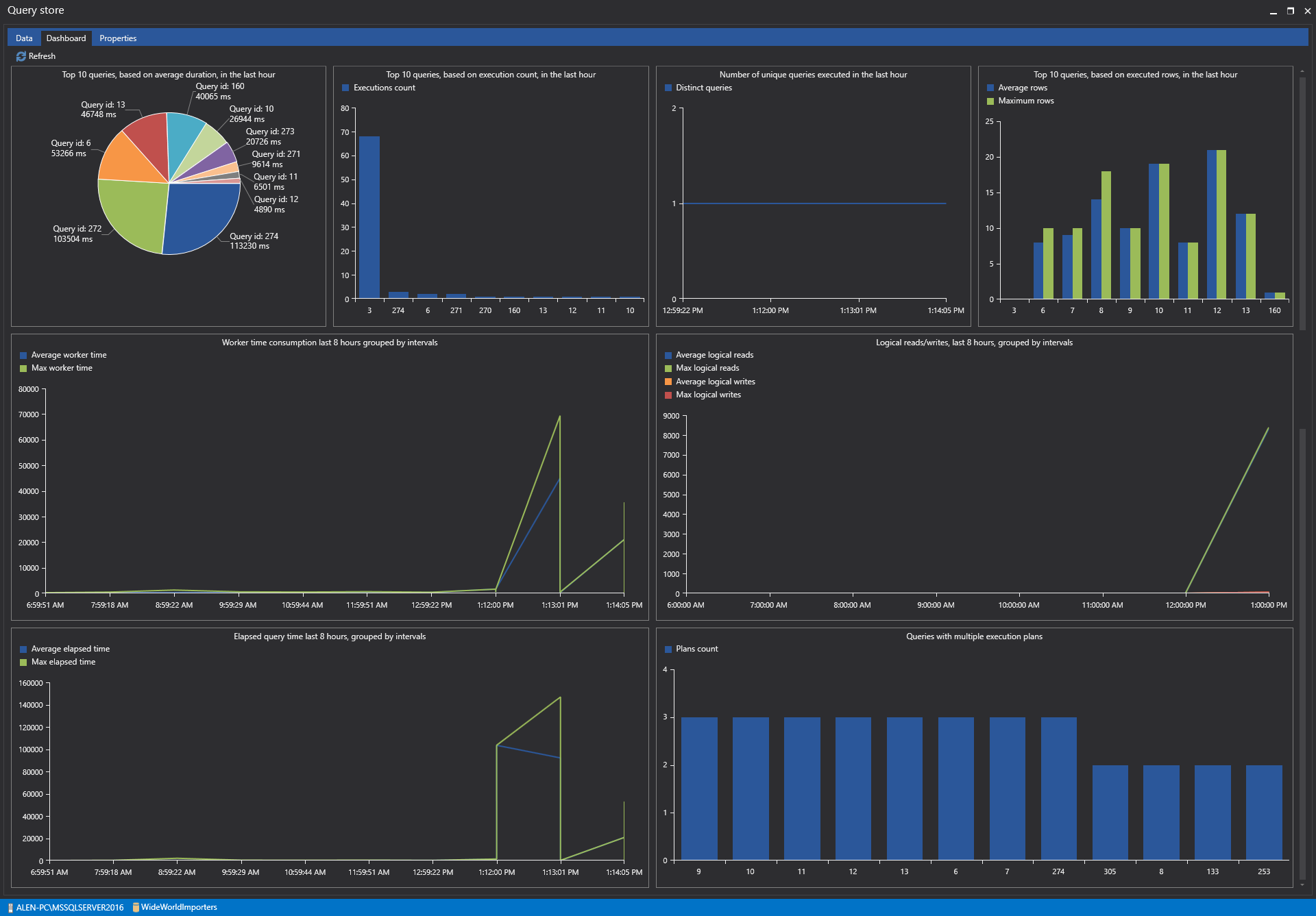 The displayed visual diagrams are available for exporting as an image containing all diagrams or each diagram separately in JPG, BMP and PNG output formats.

Beside the mentioned enhancements the Properties tab contains action buttons that allow the user to: 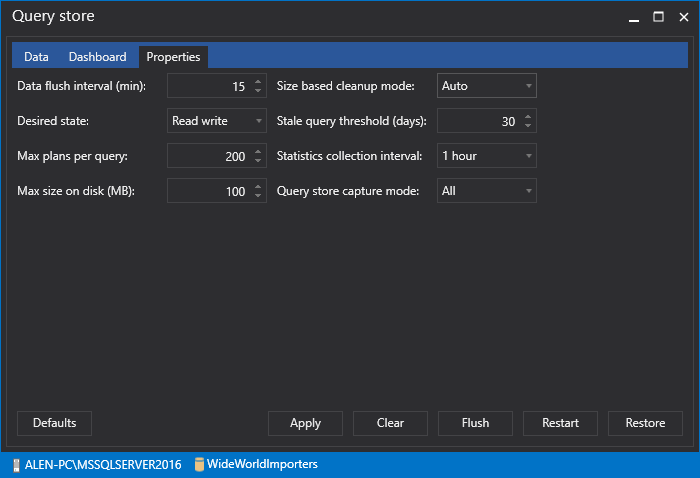 This feature allows users to load a specific stored procedure from a database and perform detailed analysis for potential issues with that procedure.

The selection of the desired stored procedure, is possible by selecting “Profile” or “Lazy profile” buttons from the Stored procedure analysis group in the main ribbon bar.

After pressing the OK button in Stored procedure connection window, a new dialog window will appear where the user needs to enter the values for all the following parameters: 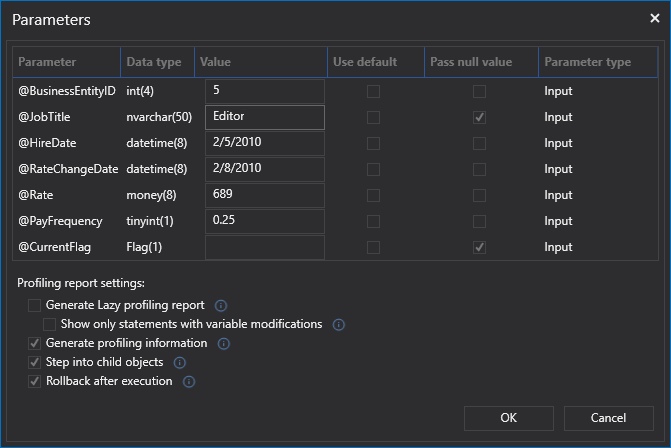 Along with the aforementioned options, additional Stored procedure options are added in this window:

Among all the aforementioned options is the Generate lazy profiling report option. Using this option, the profiling results will be exported after the code has been profiled. Profiling results are available for exporting in MS Excel or PDF file formats.

Once the parameters are added and the options are selected the stored procedure analysis results will be displayed in the following tabs: 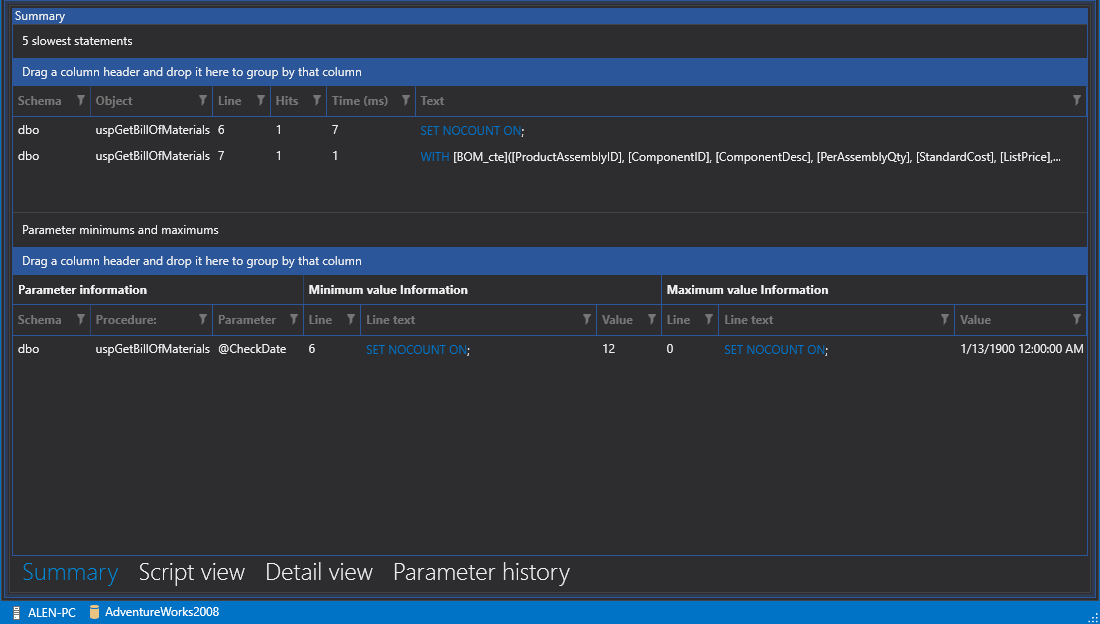 The Script view tab shows the profiled object and any child objects that were called as well as a visual indication of how long each statement execution took compared to the entire execution time. It also shows how many times a particular statement was executed. 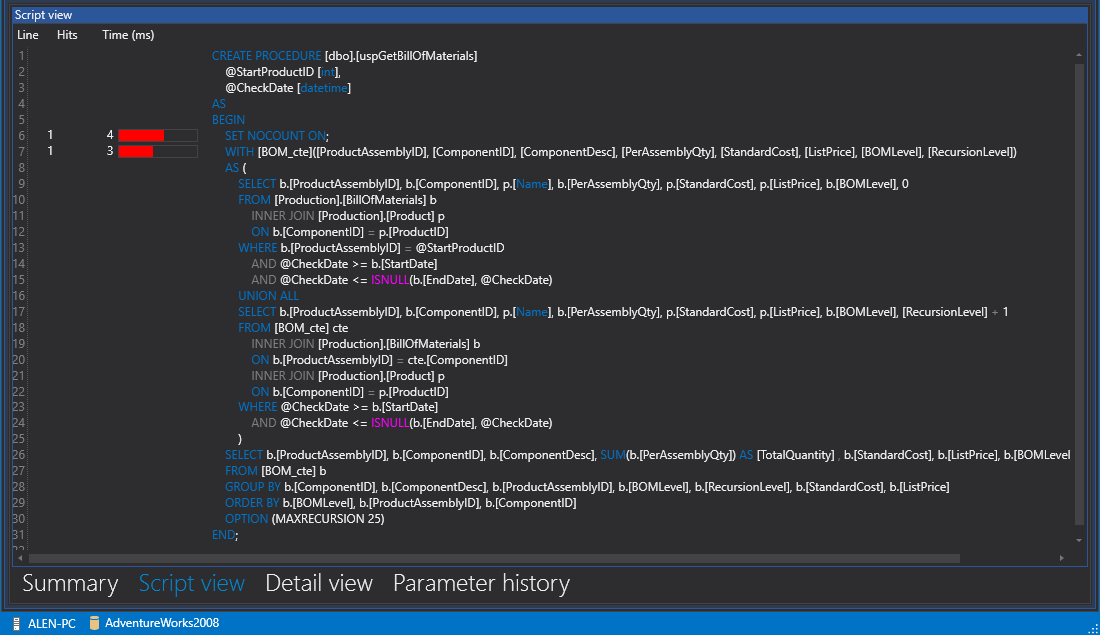 The Parameter history tab shows a list of every parameter that had a value change and where that change occurred along with the previous value: 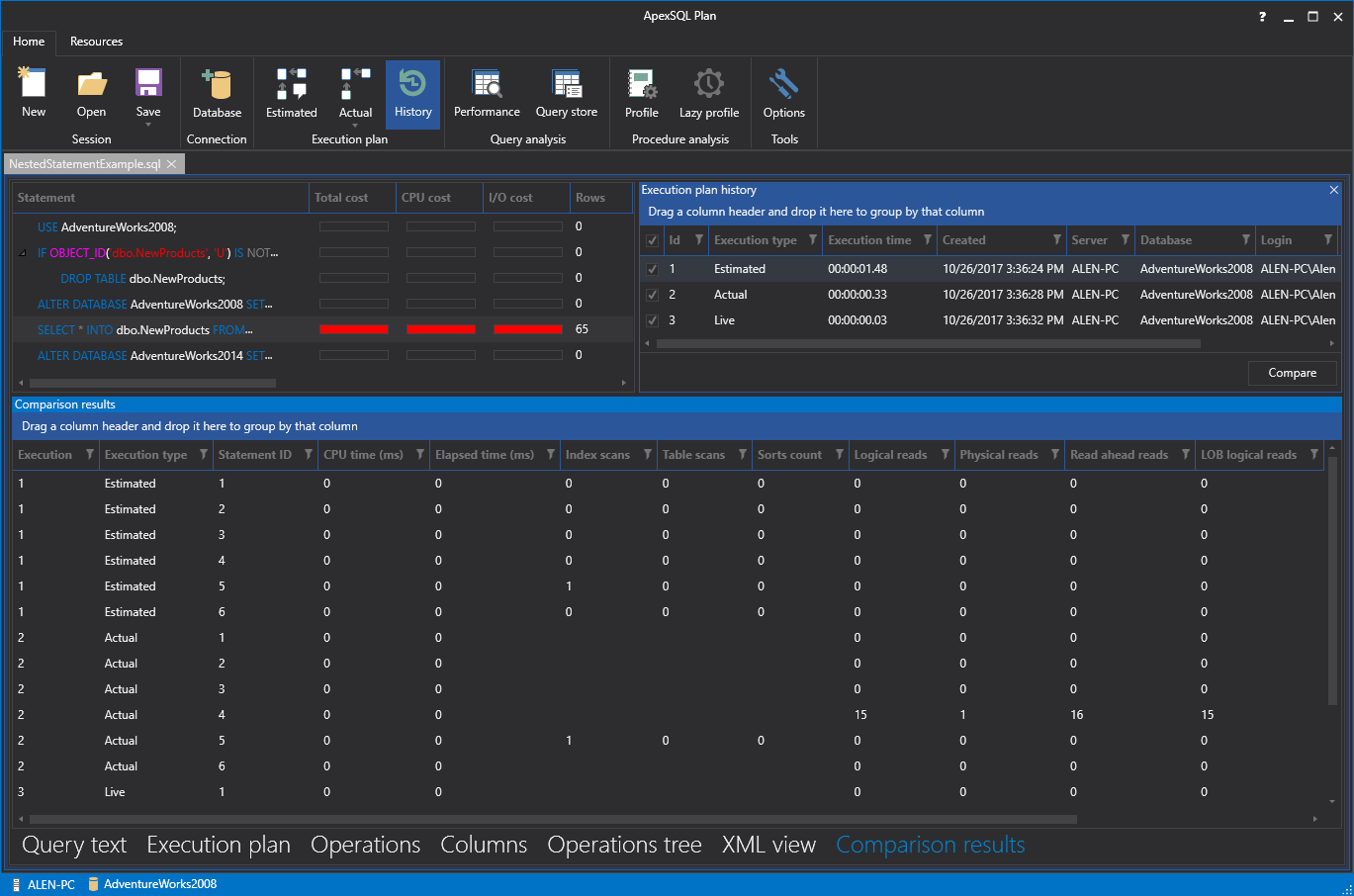 Once the comparison process is done, data by I/O statistics will be shown as a result.

Save and open XML plans

The Profile bars feature provide a faster and easier insight to the user and their results that are related to cost columns (Total cost, CPU cost, I/O cost). Tooltips are included for each bar that shows the percentage value of the newly implemented bars. This addition is available in the Statements grid.