ApexSQL Refactor is a free SQL formatting add-in for SQL Server Management Studio and Visual Studio derived from the ApexSQL Edit’s refactoring feature but further optimized and improved. Among other things it offers full SQL Server 2012 support, meaning that FileTable refactoring is now fully supported, which was not the case with ApexSQL Edit

Split Table – this feature allows splitting a SQL database table into two tables by moving or copying columns from the original table into a new one, making large tables easier to manage

Change parameters – this feature adds, removes, or changes a parameter for a SQL Server function or procedure (triggers included), without breaking dependencies from referencing objects. A SQL script generated by this feature will reflect the selected parameter from the function/procedure and update all dependent database objects. 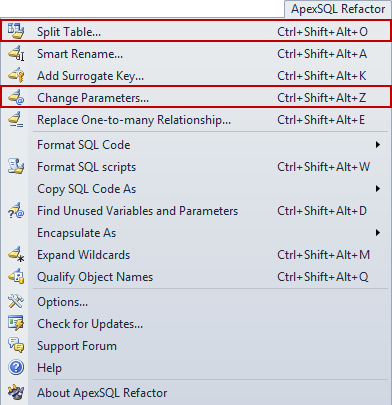 In addition to these and other improvements, ApexSQL Refactor is developed further with two new features in the latest release: User-defined formatting profiles and Batch formatting

The Batch formatting feature allows automation of commonly performed formatting, and runs against a single or multiple SQL script files and folders. When batch processing SQL script files, formatted versions of these files can be saved either by using new file names, or saving changes to the original files 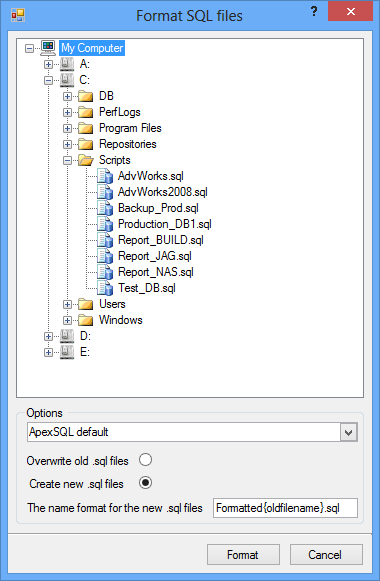