The new release of ApexSQL Recover, a SQL Server recovery tool that recovers deleted, dropped or truncated data, and extracts table and BLOB data from database backups, is announced for Q1 2014. In ApexSQL Recover 2014, we introduce new features, new design, and support for SQL Server 2014

No server side components needed for a local server

Thanks to the possibility to use ApexSQL Recover 2014 on a local database without server side components, the installation is simpler. The dialogs are also redesigned to provide easier selection of the installation method 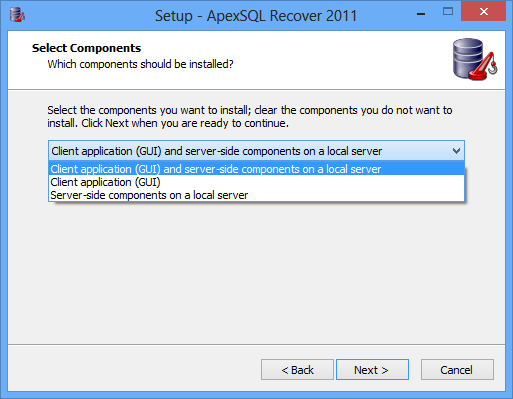 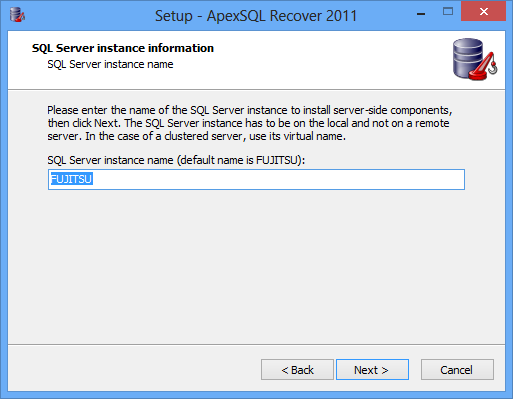 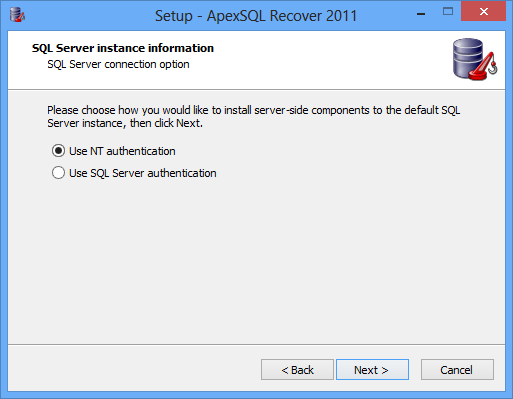 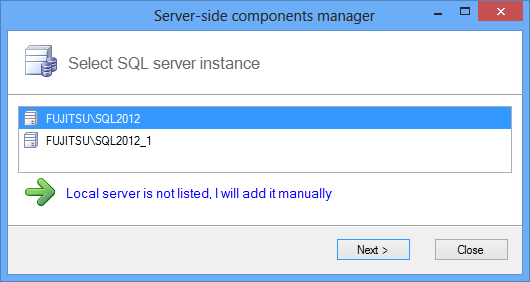 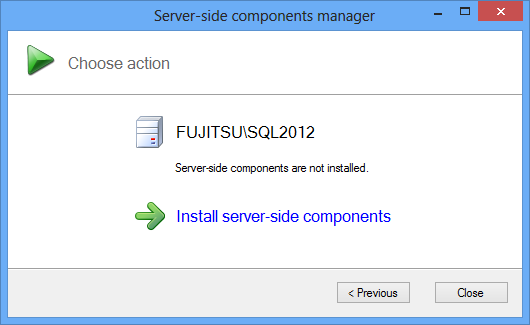 ApexSQL Recover options are renamed and dialogs redesigned, to make them self-explanatory and more intuitive 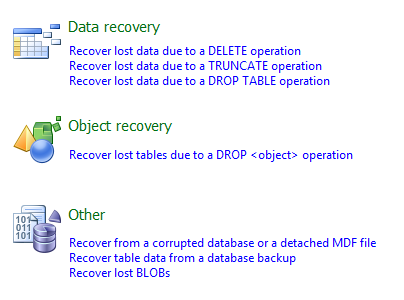 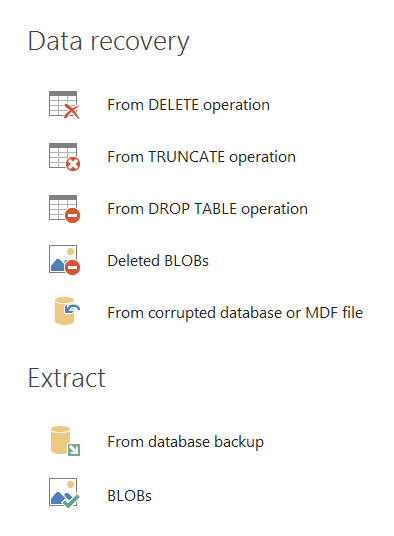 The options that don’t recover deleted data, but read the existing data are grouped in the Extract section now, to avoid confusion

Also, the Recover Lost BLOBs option is split into two options that clearly indicate the actions performed in each – Deleted BLOBs in the Data recovery section and BLOBs in the Extract section. This eliminated the need for the following dialog that confused many ApexSQL Recover 2011 users

The wizards are also redesigned 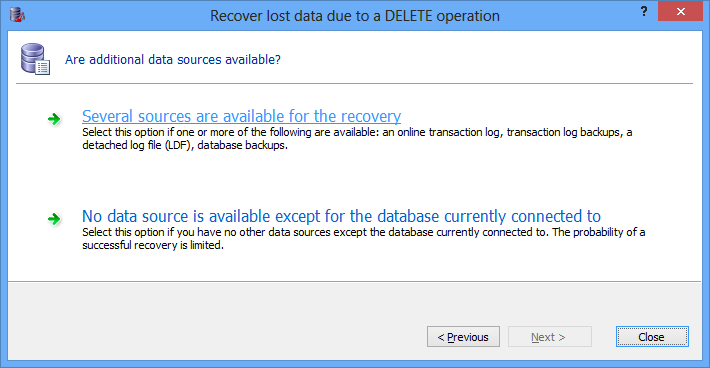 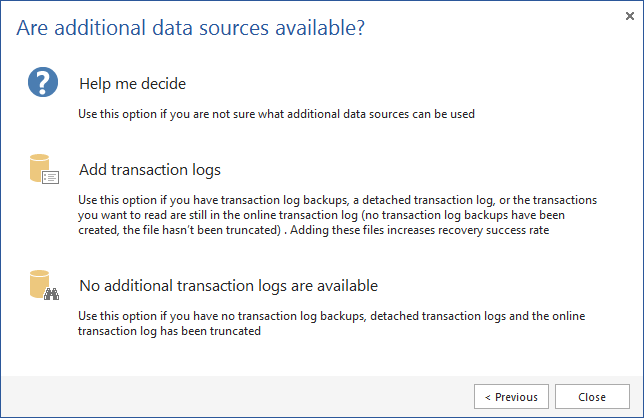 When recovering into a new database, an option is introduced to recover only table structures or both structure and data 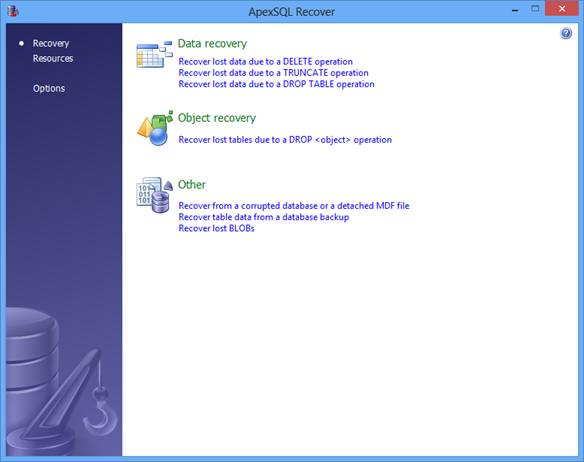 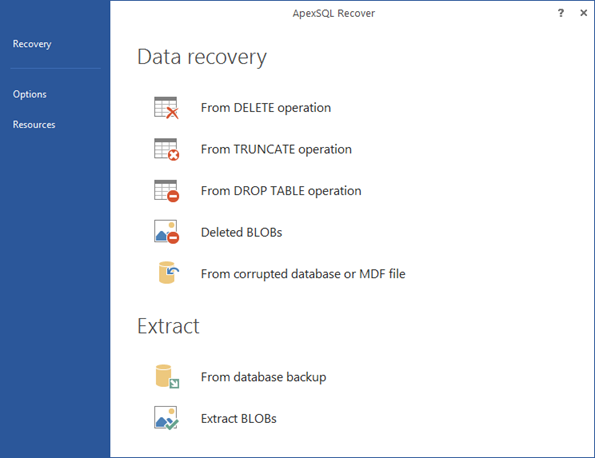