ApexSQL Build builds and updates databases directly from individual or multiple scripts, snapshots or source control. It streamlines the database deployment process by simultaneously executing upgrades on multiple databases. Databases and database updates can be packed into a script, C# project and/or .NET executable file for remote deployment. ApexSQL Build can consolidate multiple scripts into a single script and/or any of the other previously mentioned formats. 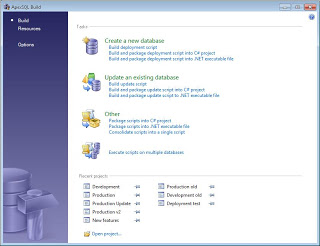 Here is a quick look at the ApexSQL Build features: 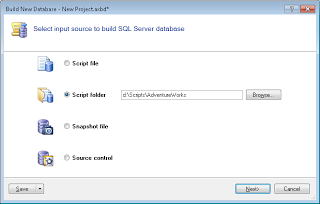 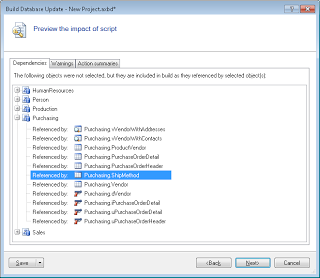 Package the database build as an executable, a C# project or a single SQL script 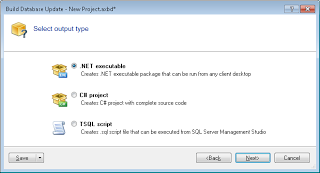 Connect to a source control repository, point to a project or label, and build all of the files into a deployable medium (script, .NET executable or C# project) 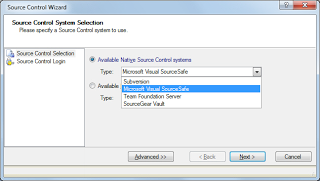 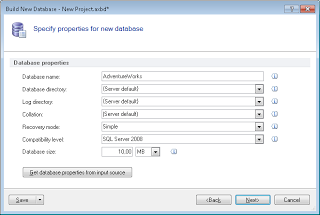 Update more than one database simultaneously

Apply changes to multiple databases in a single step 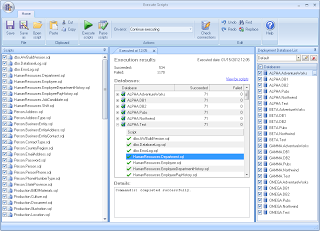 Choose objects to include in the build

Specify which objects will be included in the deployment package 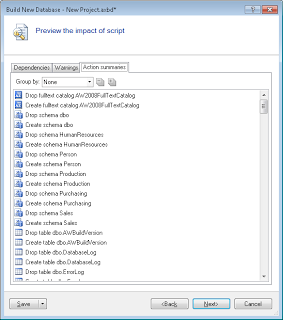 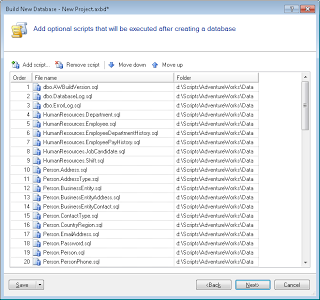 Parse and refactor the execution-order of all objects in one or more scripts then combine them to a single, executable SQL script, C# project file or .NET executable while ensuring error-free execution 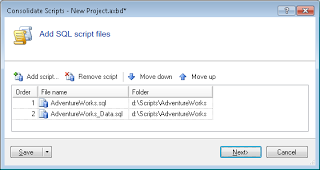