The main feature of ApexSQL Trigger is generation of triggers that capture and store data changes due to INSERT, UPDATE, and DELETE statements. This and the next article will discuss some techniques to customize trigger creation.

ApexSQL Trigger enables you to review and edit trigger creation script prior to its execution. Besides the possibility to modify the script that generates triggers, it is also possible to customize the template ApexSQL Trigger used to generate them. By customizing the template all triggers generated in the future would already have the necessary customizations thus avoiding manual modifications.

To access the trigger Template editor, select the Home tab on the main toolbar, and click the Edit template button:

The default template used to create a trigger generating script will be shown in the main workspace of the internal editor. 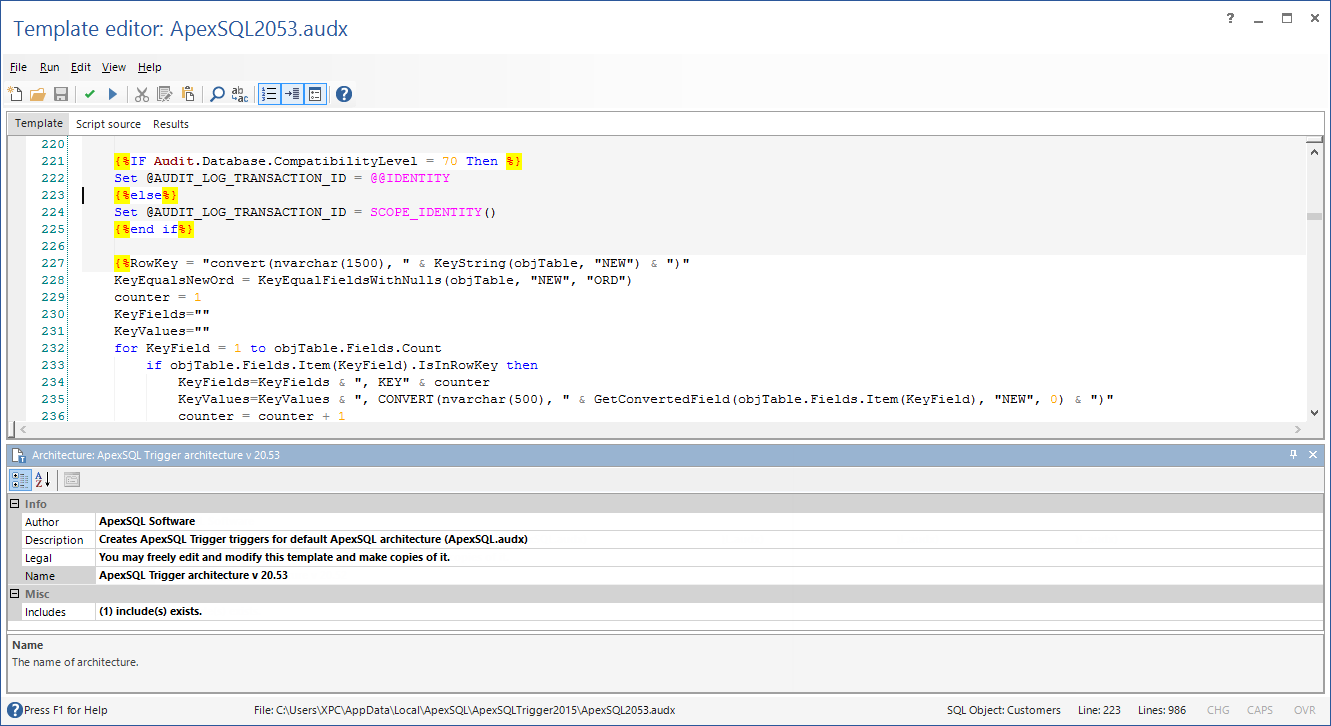 As you can see it returns TRUE if passed parameter (objField) is Numeric or Decimal type, otherwise it returns FALSE which is something that is commonly needed during trigger generation. This and other common functions can be stored in .inc files and included in templates when needed and not copied around from template to template.

Includes may be added, removed, and even edited with the internal Include editor. 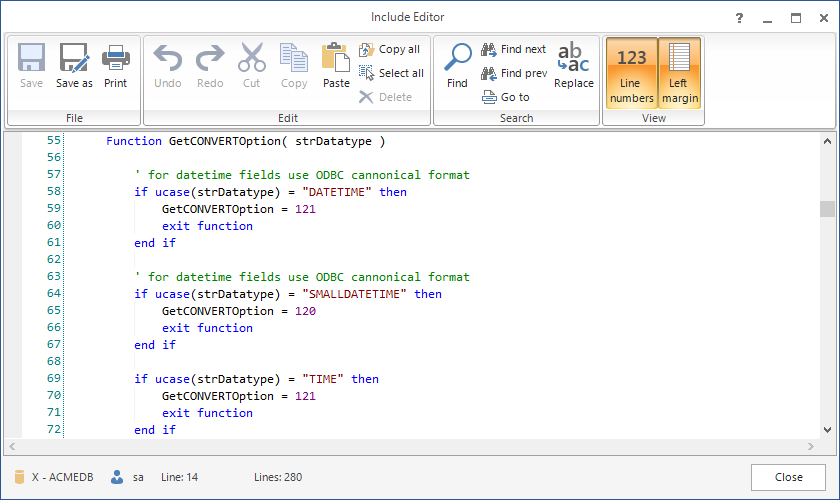 After introducing the interface, Template editor, and template modularity, let’s continue with the actual production of triggers using the Template editor