Once the application is run, the Connect to SQL Server window is shown to choose a server and load databases for object decryption: 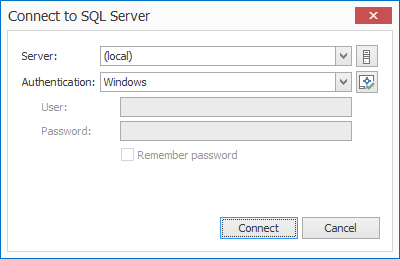 After all databases are loaded encrypted objects can be viewed in the Results grid:

Preview of the original DDL script of selected encrypted object can be seen in the Object script panel: 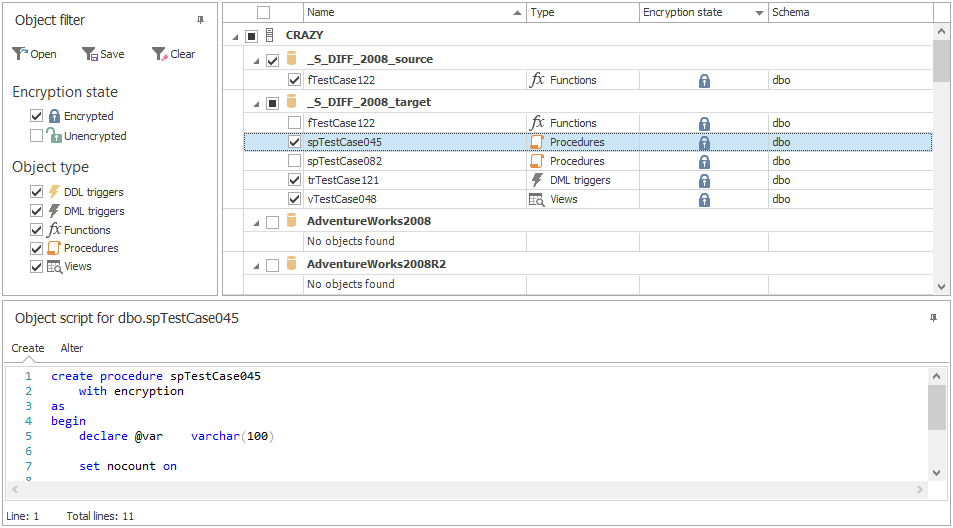 Results grid can be filtered using the Object filter panel on the left side: 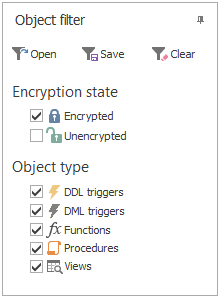 Checked encrypted objects can be decrypted from the right-click context menu in the Results grid, using the Decrypt objects option:

Multiple servers with corresponding databases can be loaded in the same Results grid with a click on the Add button under the Servers group in Home tab or from the right-click context menu in the Results grid:

When the Options window from the Home tab is opened, the General tab with application specific options is shown: 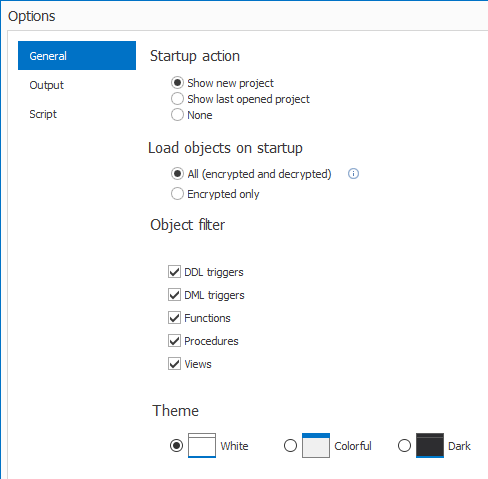 Under the Output tab, file locations along with different editors can be set, and different encoding can be specified for the decryption script: 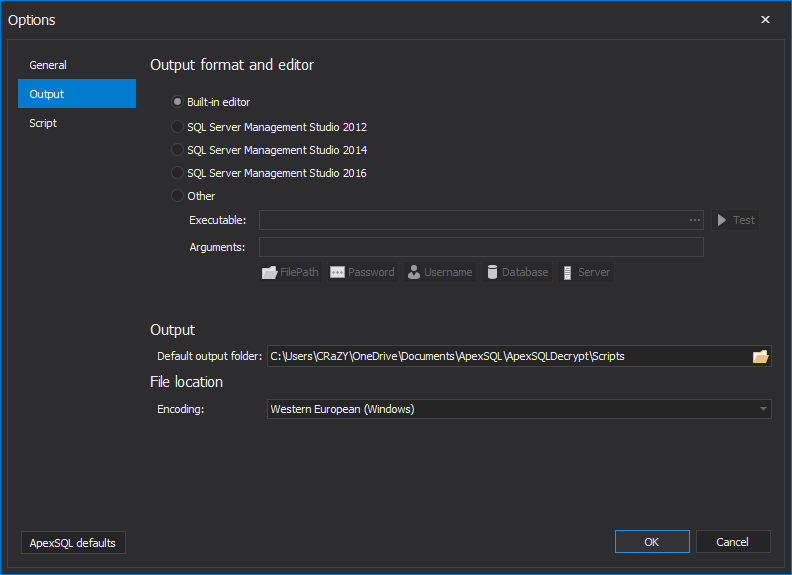 Under the Script tab, Script options and Optional script elements can be set for the decryption script: 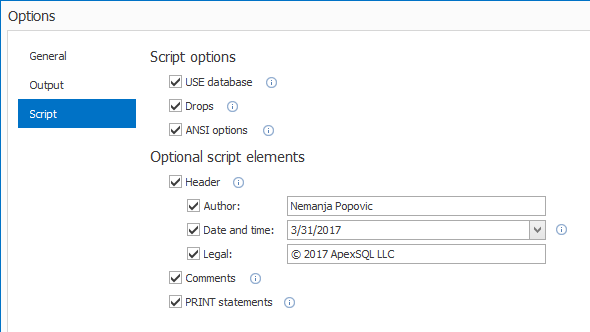 After all desired encrypted objects are checked and the Decrypt button from the Home tab is clicked, the first step in Decryption wizard is shown: 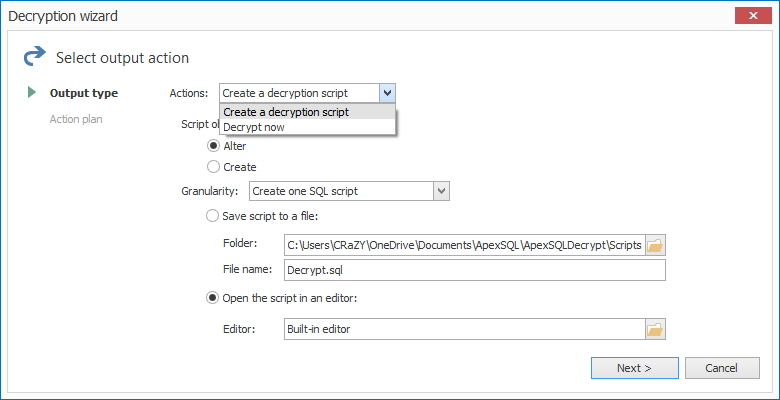 Beside setting up the Acton that will be done under the Output type step, script Granularity can be also specified: 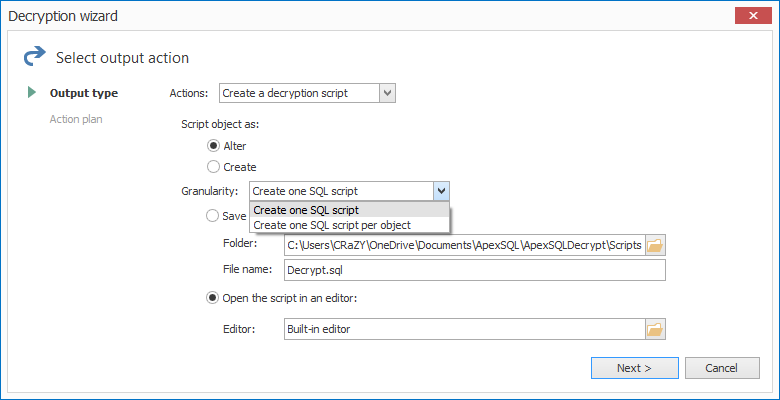 In the second and last step of the Decrypt wizard, the Action plan can be reviewed before creating the decryption script: 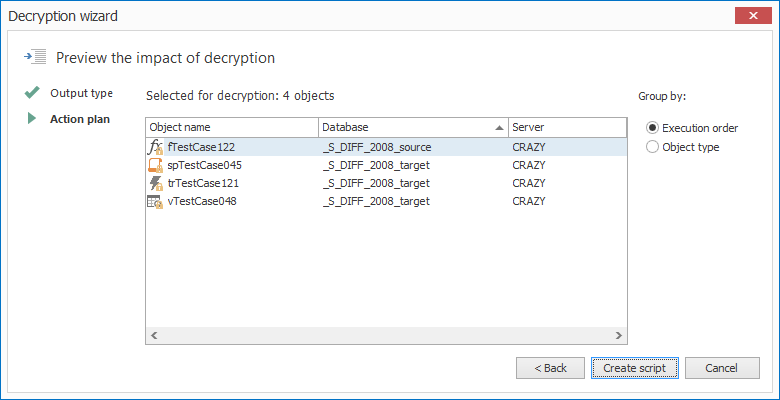 In order to decrypt an object from SQL Server Management Studio, go to Object Explorer, right-click the encrypted object and choose the Decrypt object command from the context menu: 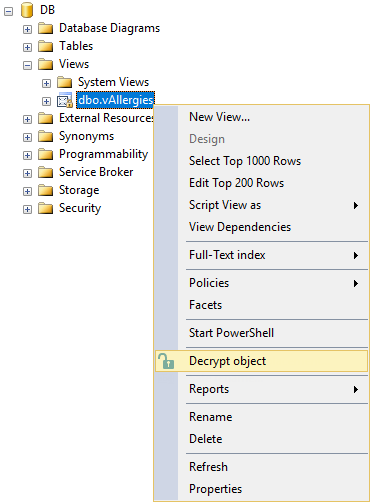 Once the decryption process is finished, the following message will be shown: