The new release of ApexSQL Audit is out. ApexSQL Audit is a SQL Server auditing and compliance tool that provides a wide range of monitoring and reporting features. In ApexSQL Audit 2014 R2, we introduce better performance, new features, and improved usability and quality.

In earlier versions of ApexSQL Audit, the events that were executed on SQL Server were not immediately shown in the reports. There was a certain time delay between the event execution and adding it to the repository. This delay could be up to several minutes. This also caused a delay in showing the event in the reports.

In ApexSQL Audit 2014 R2, we introduce a new engine, so there is almost no delay. The event is read from the SQL trace and added into the repository as soon as it occurred, therefore it’s shown in the reports immediately.

Compared to ApexSQL Audit 2014 R1, the time needed to show in the reports an event after it was executed on SQL Server is reduced up to 3,000%.

Reports in the ApexSQL Audit GUI

In earlier versions of ApexSQL Audit, only Web reports were available. They required installation of Microsoft Internet Information Services (IIS) 6.0 or greater. This was sometimes troublesome for SQL Server DBAs, as it required Windows administrator permissions.

The reports available in the GUI are identical to the Web reports. 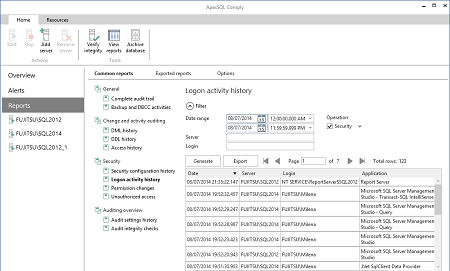 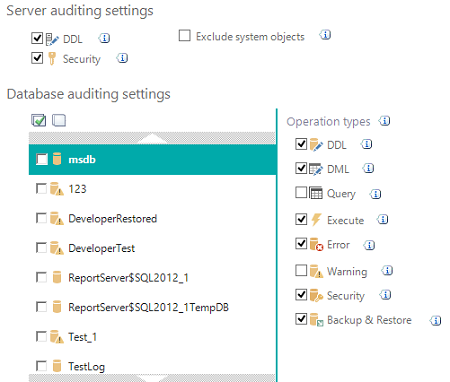 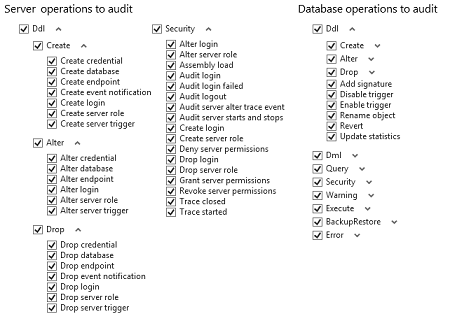 We also improved the object filter, so that more granular object selection is possible. Specific objects can be included or excluded from auditing now.

The object filter allows you to select to audit all objects, exclude system objects, or create a custom filter where you will specify the objects that will be included and excluded from auditing in just a few clicks. 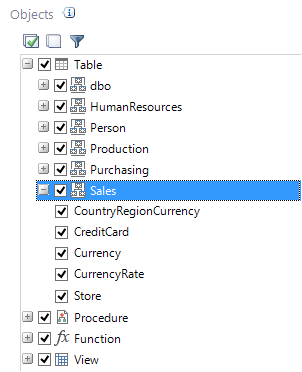 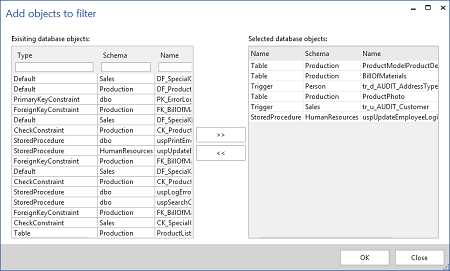 To cover some common situations when alerts are required, we introduce three predefined alerts that are raised when the central repository database size, free disk space on the central or audited instance reach their predefined values.

These alerts are enabled by default. If you want to be notified by email, you have to specify the email address to send the alert to configure the mail server. Otherwise, you will be notified in the ApexSQL Audit GUI.

Data alerts support more than 100 operation types now. This enables you to create alerts for only specific events and reduce the noise made by the alerts raised for a wide range of events. 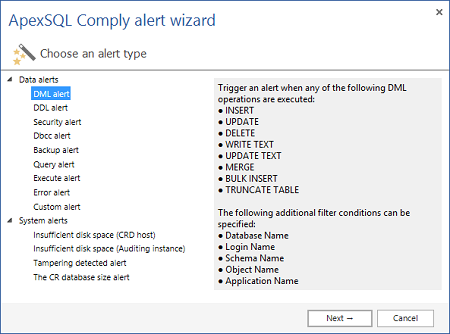 The alert filters are also added for the new, predefined alerts.

In the previous versions of ApexSQL Audit, we had 30 built-in reports. We reduced the number of built-in reports, but added improved filtering so that reporting functionality is kept even with a smaller number of reports. 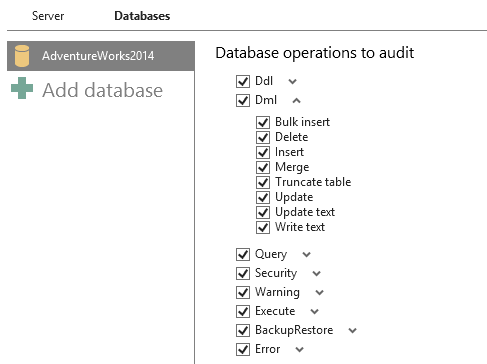 The operation filter available in the ApexSQL Audit reports

We optimized the ApexSQL Audit interface, added new information to the Overview tab, created a new tab for the alerts, instead of showing them on the Overview tab, divided system and database operations into two tabs for easier reference, added collapsible operation lists, and more.