Context menu in the Object Explorer pane when a database is not linked: 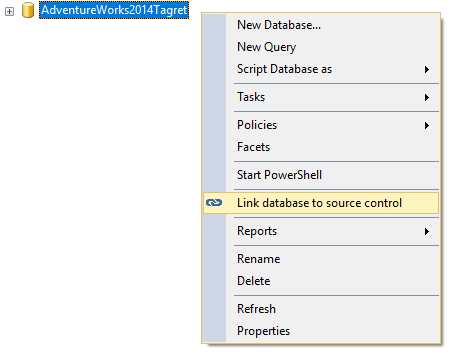 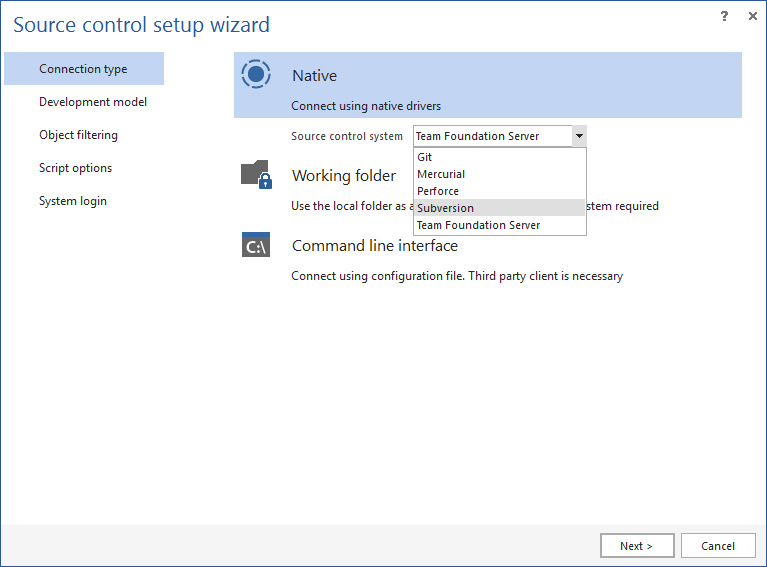 The Development model step, where the shared or the dedicated model can be selected: 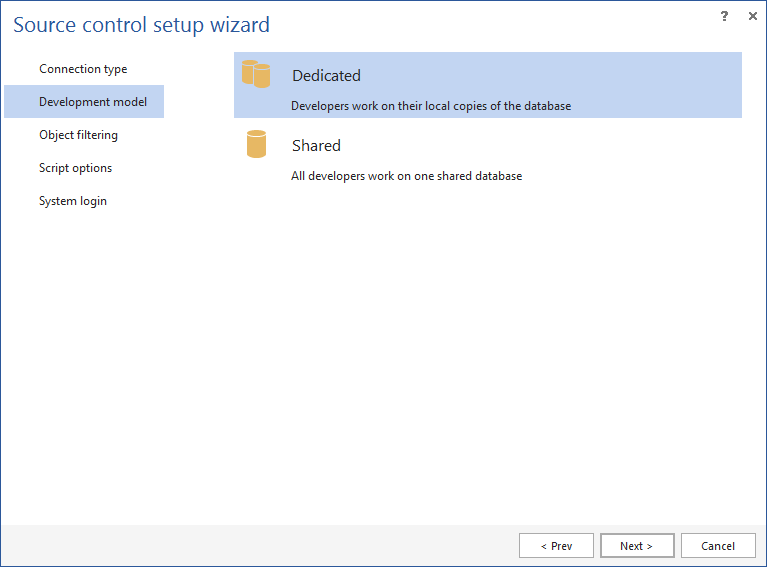 The Object filtering step where SQL database objects can be excluded from being version controlled before a database is linked to source control: 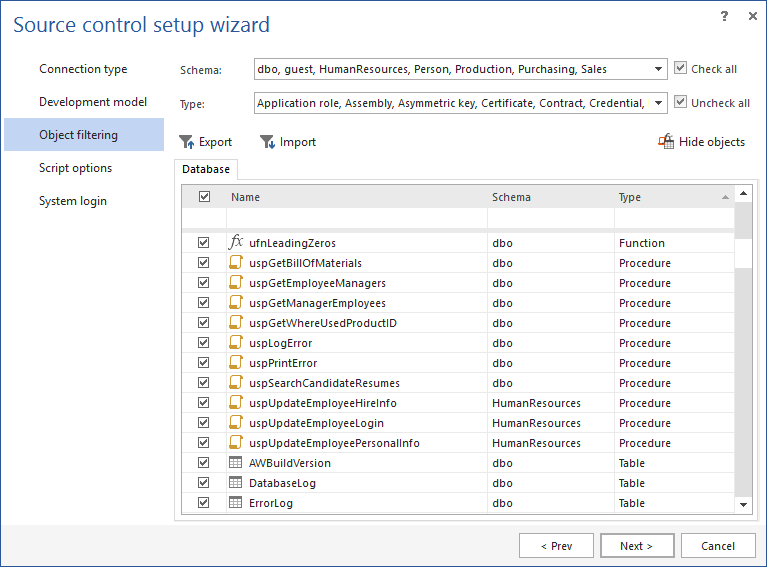 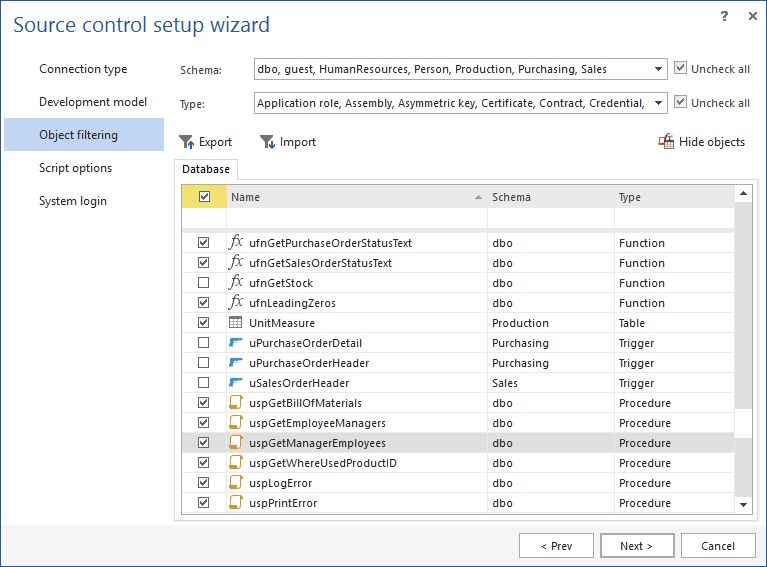 The Script options tab contains the Ignore comparison options used to set specific object attributes that will be shown (compared) and the Synchronization options used to handle scripts that are about to be applied against a database when the Get operation is performed: 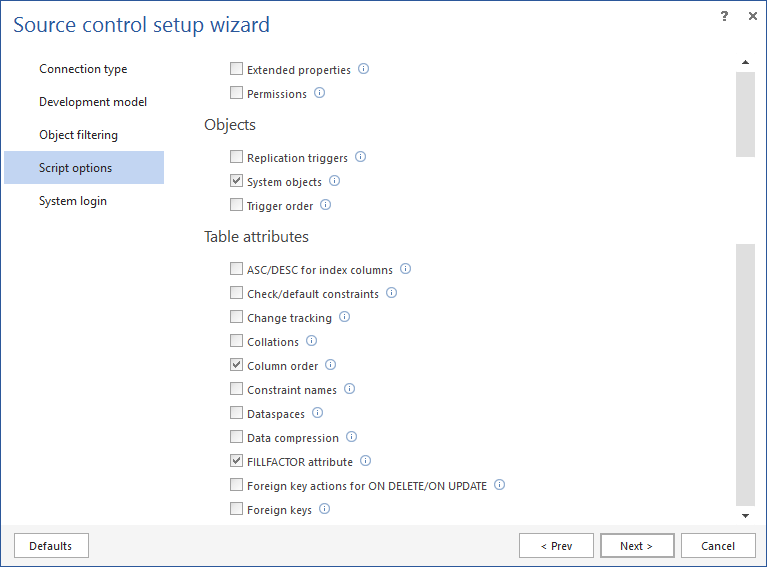 The System login step where the connection information about the selected source control system should be specified:

Creating a new project inside the repository:

The Action center tab, upon linking a database to an empty repository and before the initial commit: 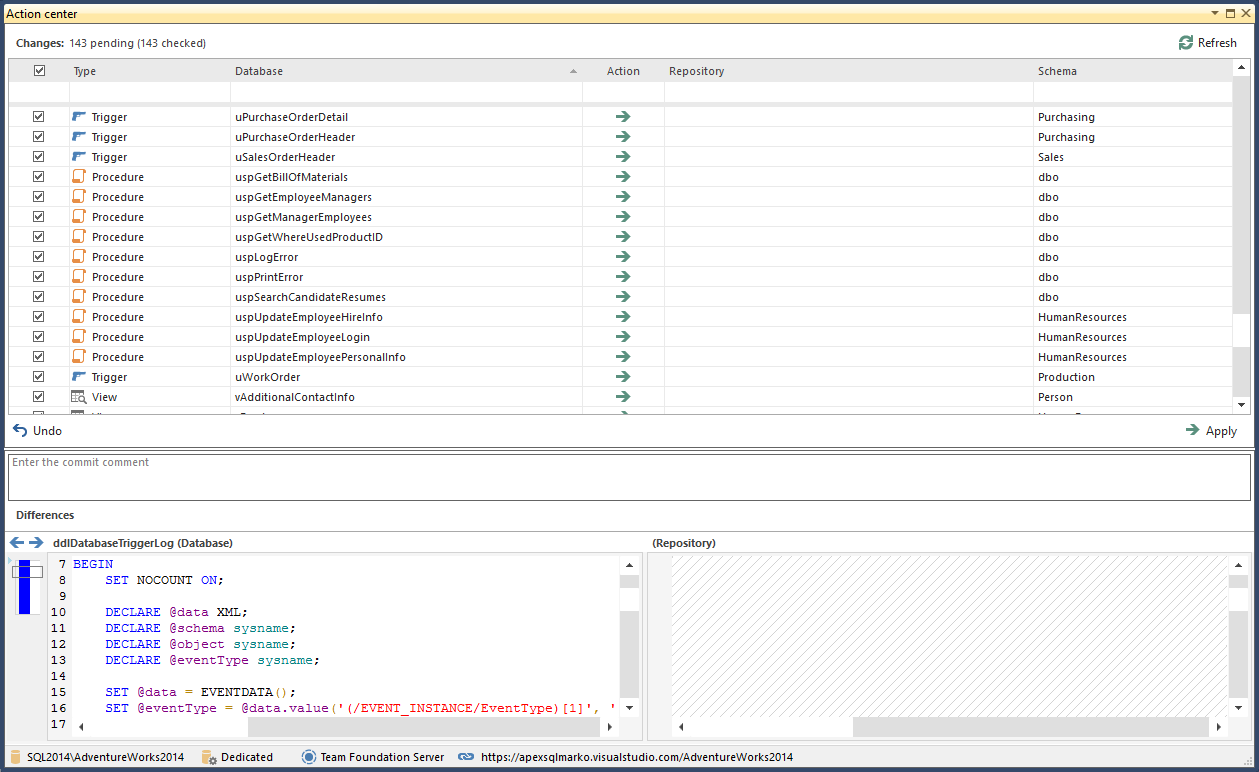 The Action center tab, after committing all objects initially:

Object status icon in the Object Explorer pane for the edited object while working in the Dedicated model: 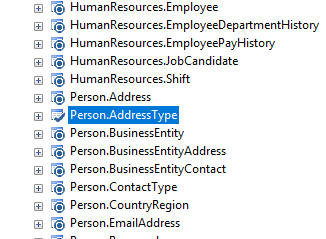 The actual difference is shown in the Differences section of the Action center tab when a change is made:

Context menu in the Object Explorer pane for a database linked in the dedicated model: 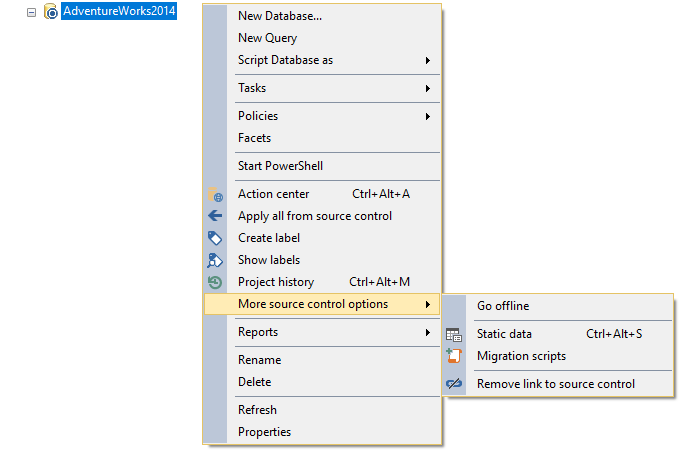 Creating a source control label that represents the current state of the repository and that can be reverted at any time after it is created:

The Project history form that shows all committed changesets for the entire database: 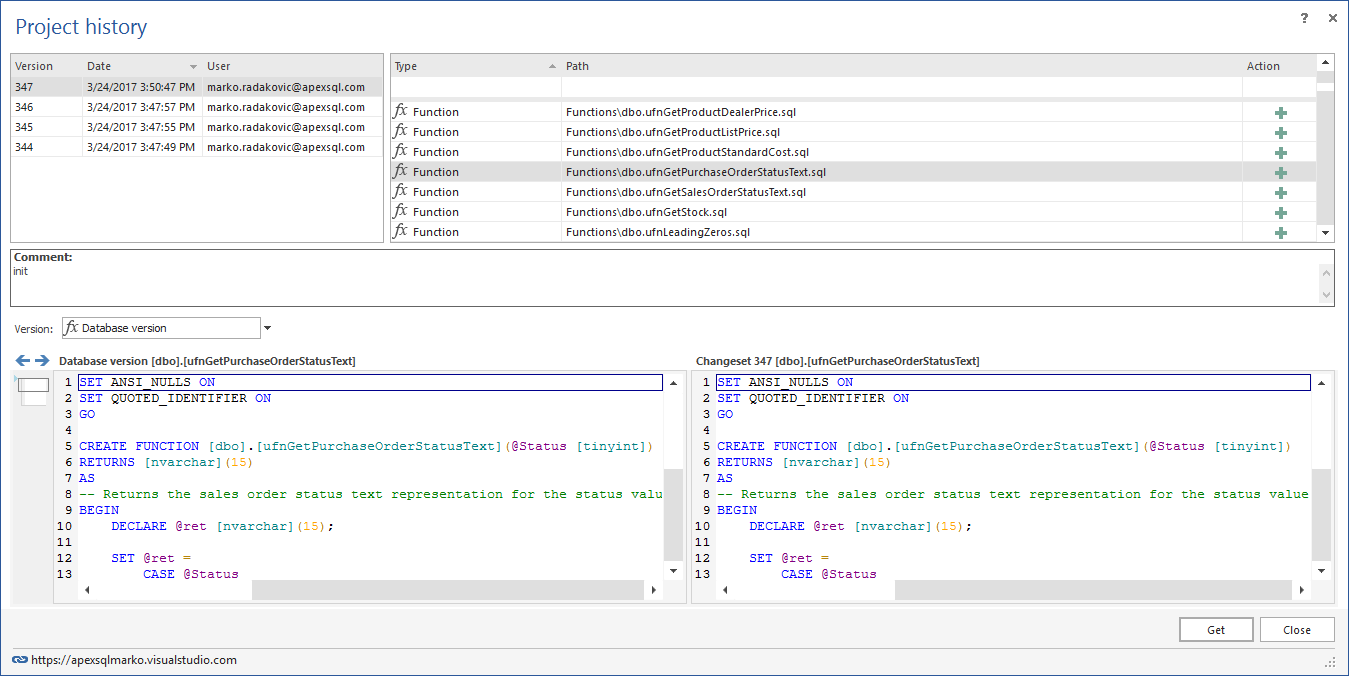 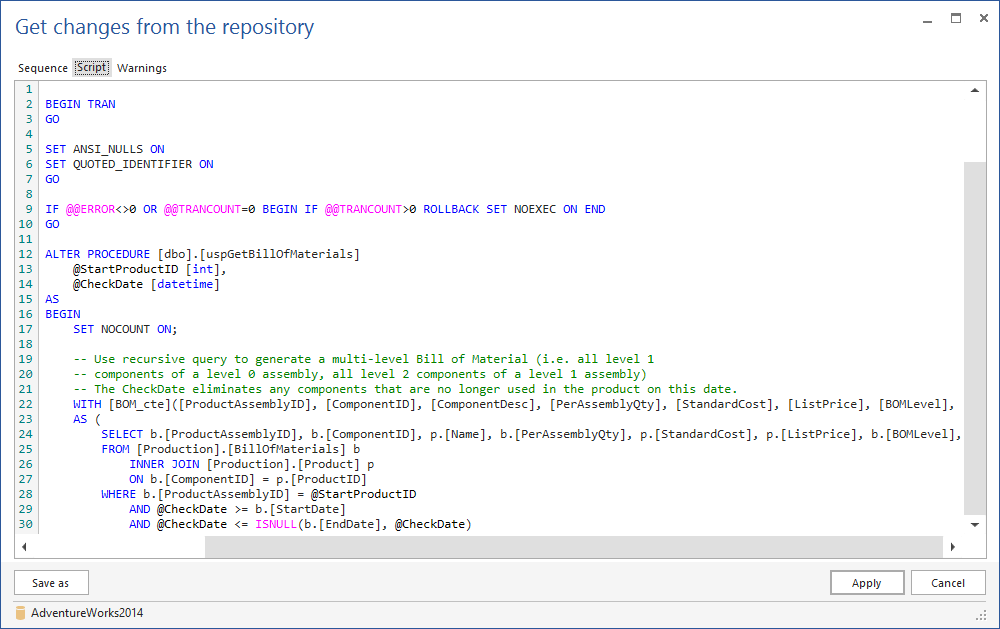 Resolving source control conflict, in case a developer is not working on a version of an object that is not the latest one from source control. The conflict appears upon refreshing the Action center tab:

The Static data form, that shows a list of tables from a linked database. All tables checked in this form have a static data linked to source control:

Adding migration script, when a table or column rename is performed, a migration script is added to prevent data loss on a database where such a change is about to be applied:

Object status for objects in the shared model in the Object Explorer pane:

The Object status form that shows the status of each object as well as the user who changed the status: 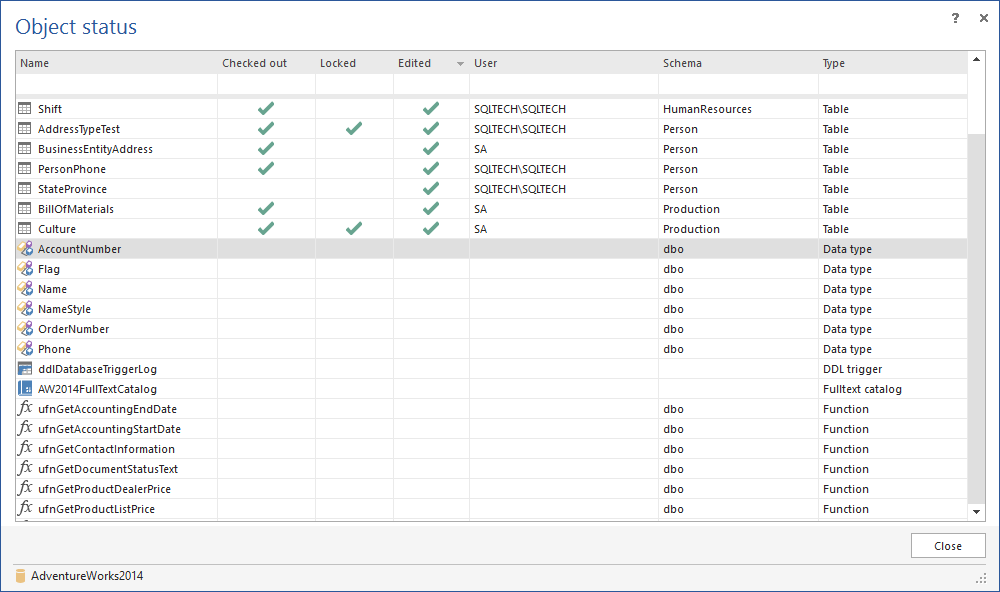 The Change log form that shows all the changes from the moment of enabling the Logging feature: 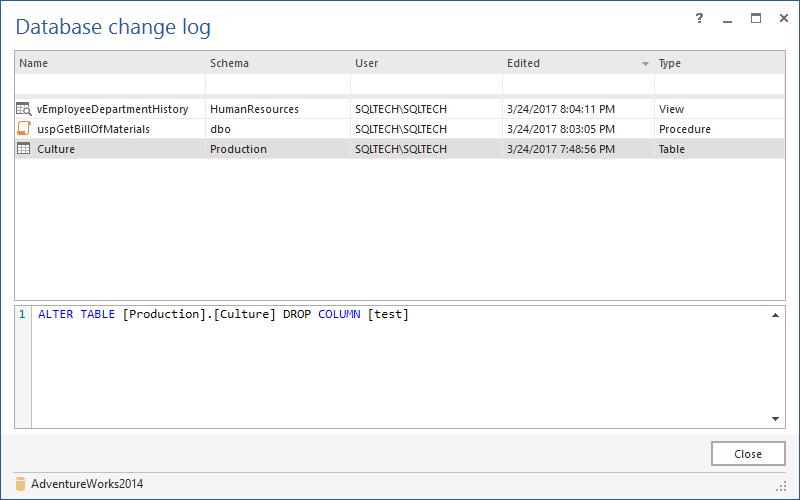 The General tab, under the add-in options: 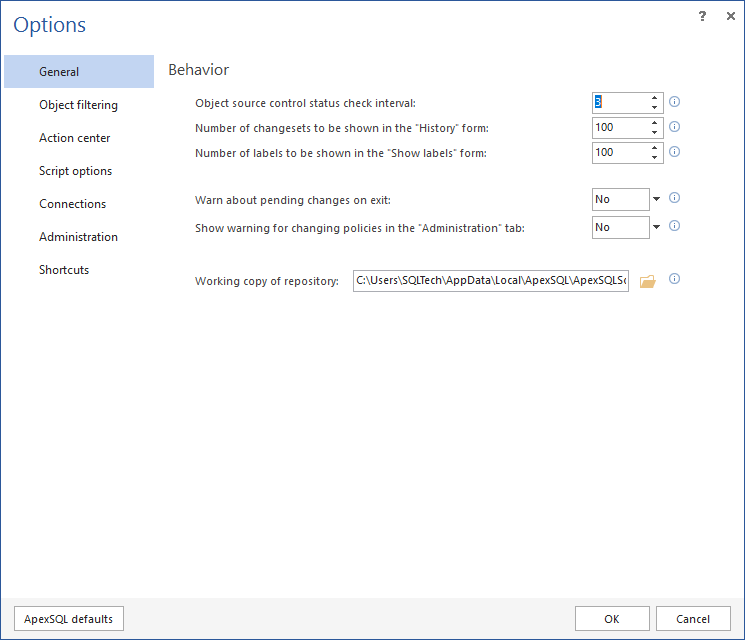 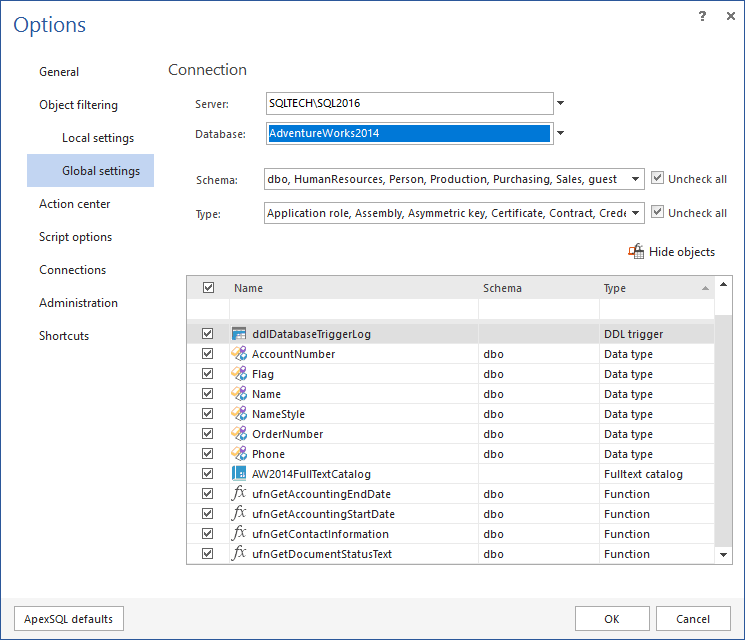 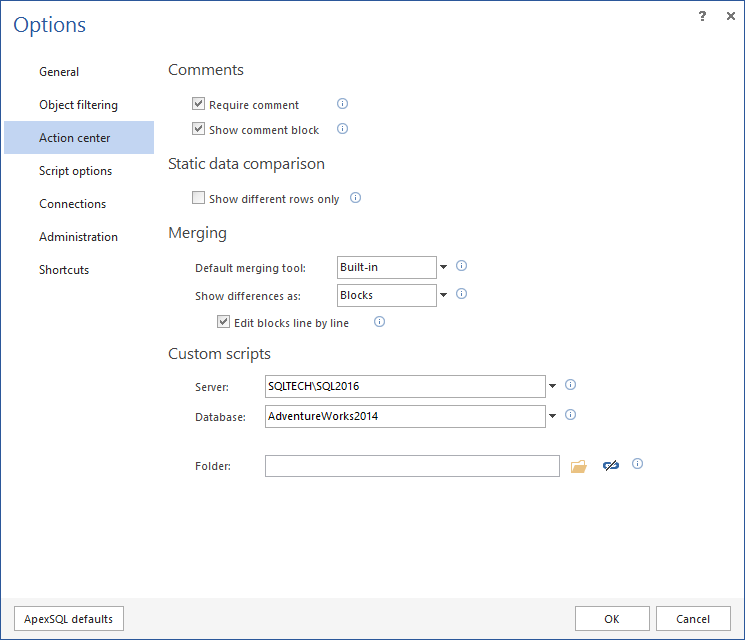 The Connections tab is used to import the connection and the linking information about databases already linked in the shared model on the specific SQL Server instance. Just by importing the information from the file, and specifying source control credentials, a number of databases can be linked within a few clicks: 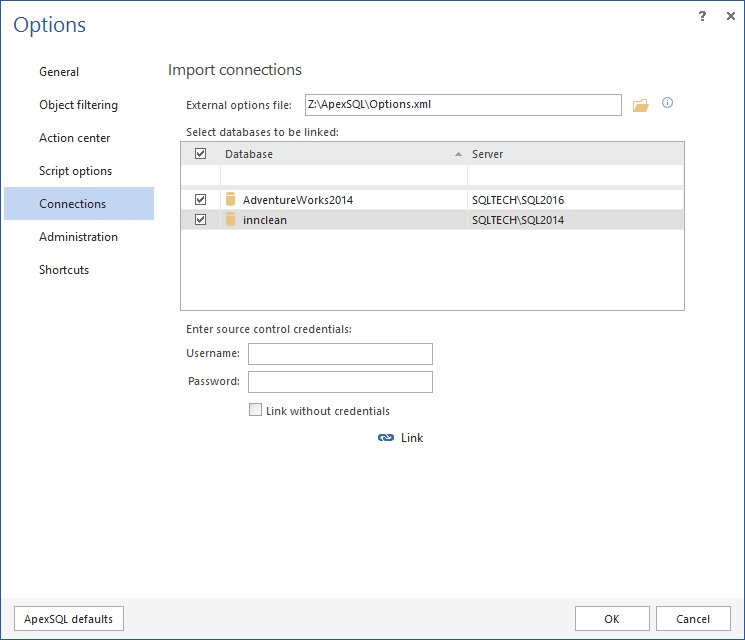 The Administration tab is used to manage database policy settings, as well as to control if changes made by other developers can be committed and to enable the Logging feature to catch and show all DDL changes against a database no matter if such changes are committed to source control: 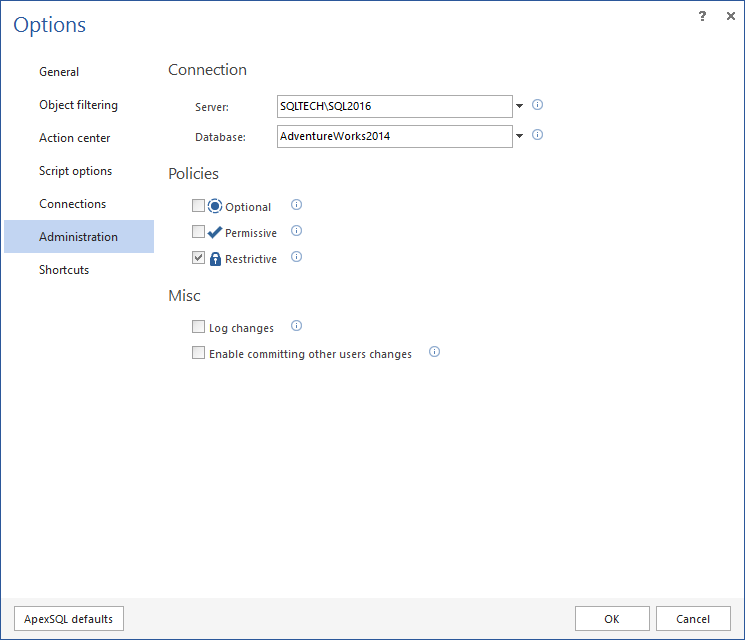 Shortcuts for some of the most used functionalities: 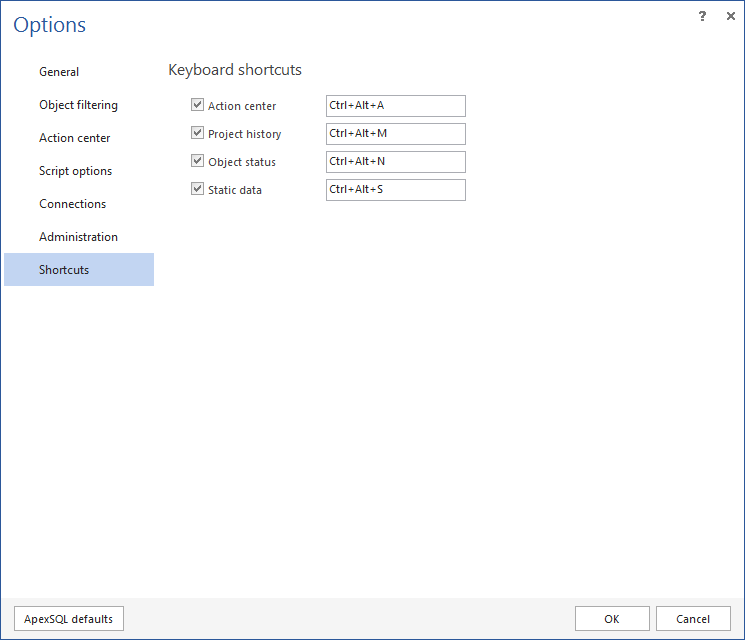