ApexSQL is proud to announce that we have implemented support for Git in our tools that work with source control.

Our first tool that has been released with support for Git is ApexSQL Script.

Git has been implemented in our tools through the usage of NGit library. The supported version is the most recent maintained build for Windows – 1.9.4. Support for SSH connections has also been implemented. 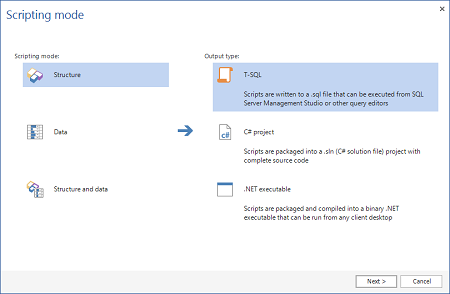 With the new Git support, you ‘ll be able to prepare a working local and remote Git repository in just a few clicks.

The final result is a fully scripted database, committed to a local Git repository and pushed to a remote one. You have everything prepared for database versioning through Git.

Stay tuned as we are working on implementing support for more popular source control systems into our tools, including Mercurial, Perforce, SourceGear Vault Pro.