This is the main window of ApexSQL Propagate, and it’s used for creating the new project or opening an existing one: 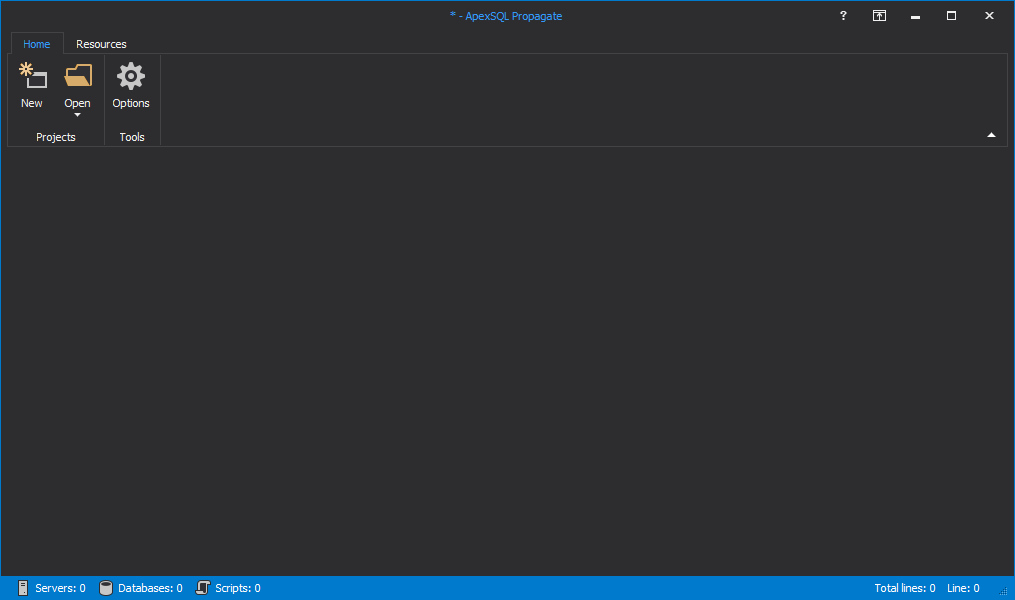 This is the Home tab: 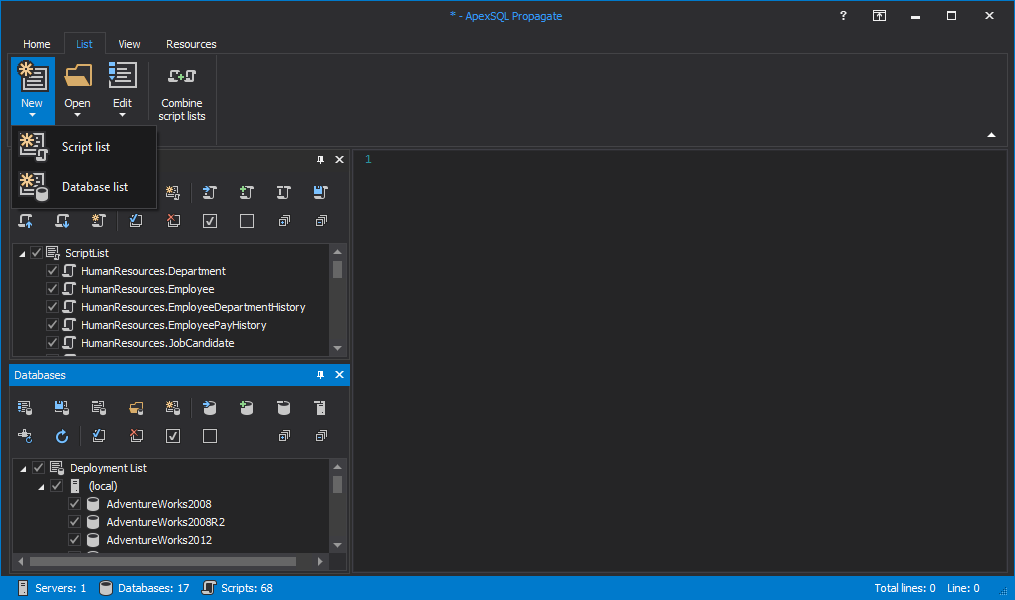 Note: All three buttons, New, Open and Edit are used to select script list and databases list for creating, opening or editing lists.

This is the View tab:

And this is the Resources tab:

When the New button is clicked in the Home tab, it will show the New project window where in the Scripts tab script lists can be opened, created or saved: 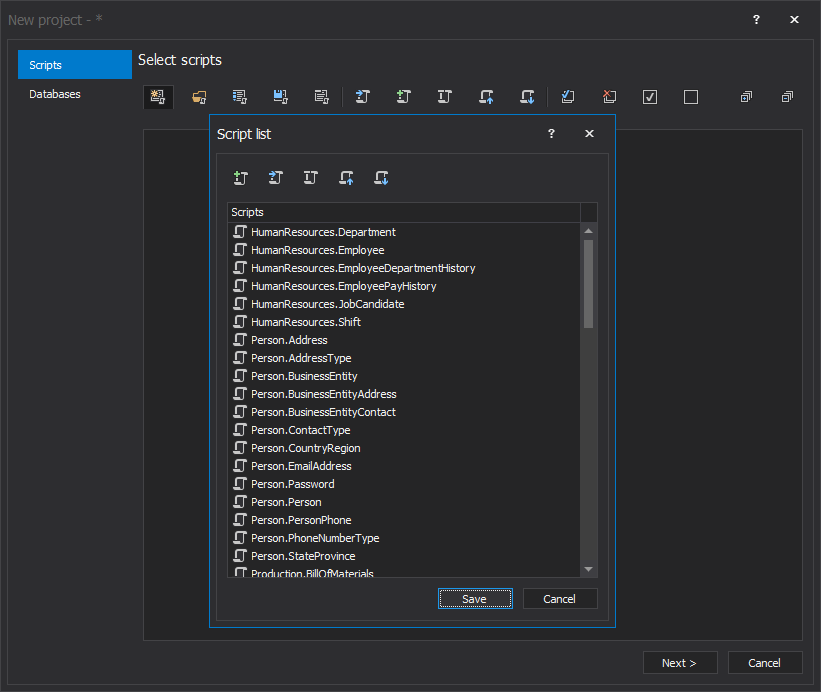 In the New project window under Databases tab, connection to a SQL Server instance can be established and databases can be selected on which scripts will be executed: 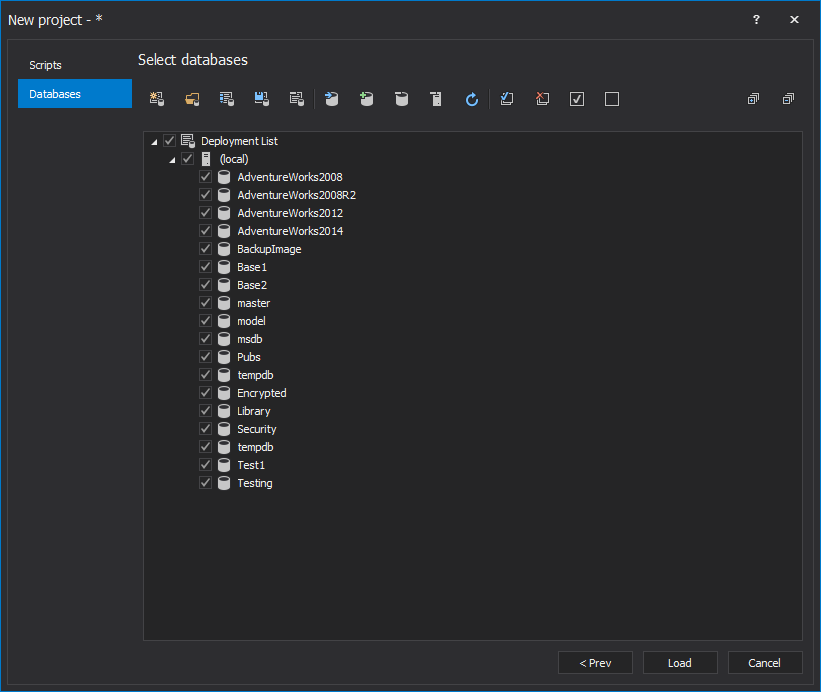 When the loading process is completed, in the main application window, script lists and databases lists are displayed, along with the script editor on the right side: 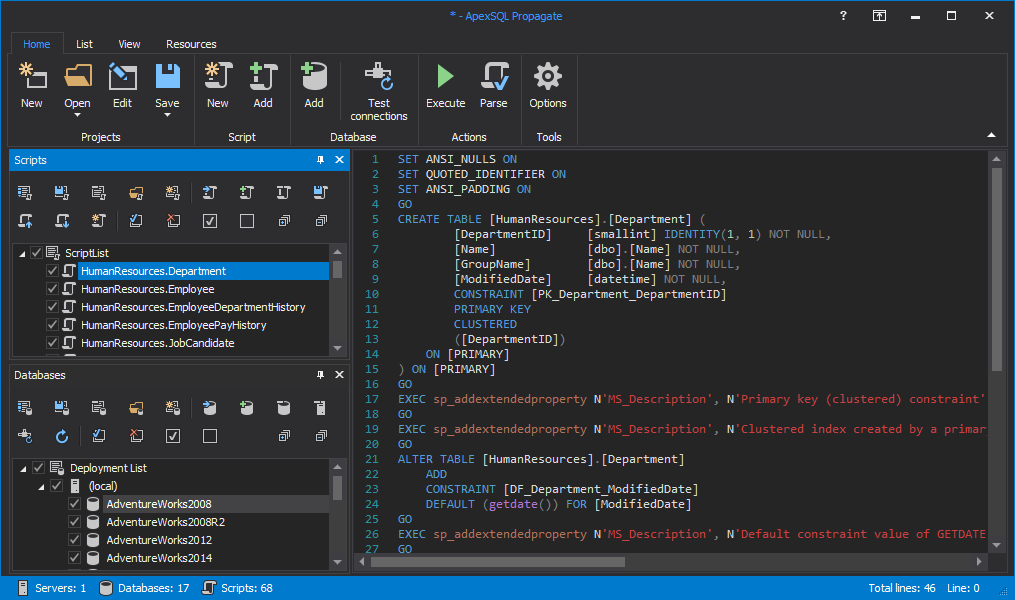 In the Options window that can be shown upon a click on the Options button from the Home tab, the Startup action and choosing themes can be set under the General tab: 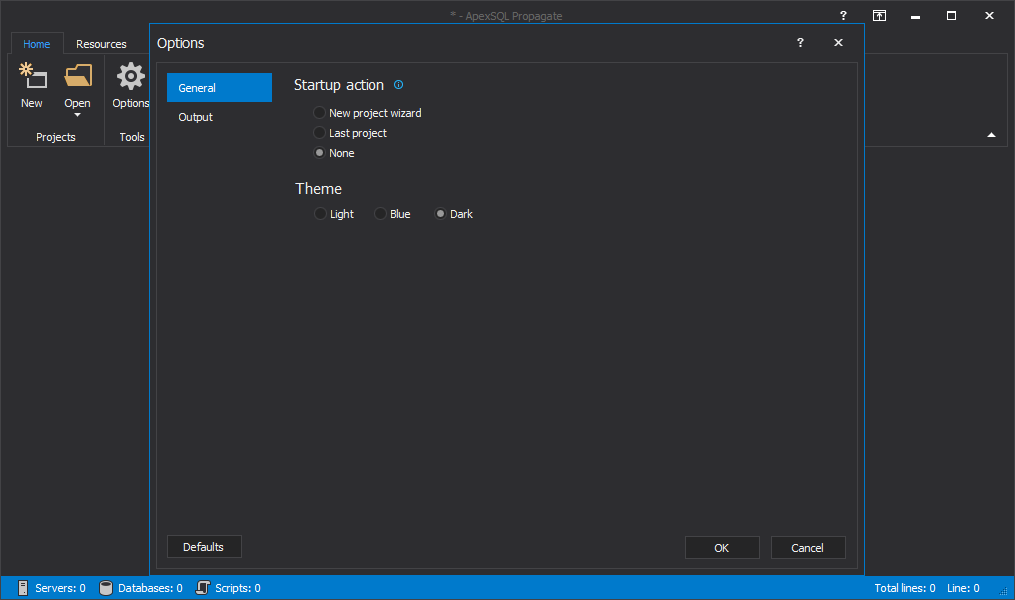 Under the Output tab of the Options window, the File locations and templates, Output file options and Error handling options can be set: 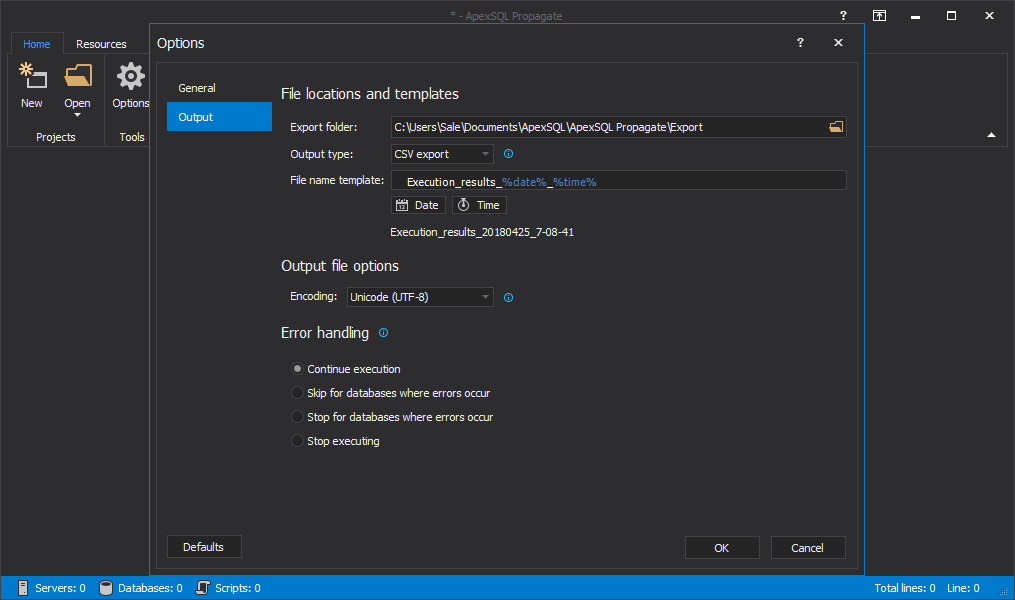 In the Combine scripts lists window, that can be initiated from the List tab, scripts can be moved or copied from one script list to another one on the other side: 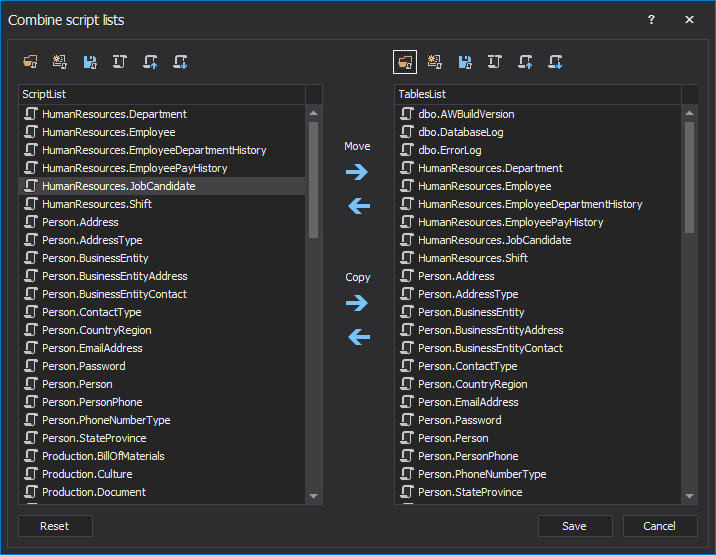 To show Parse results window, click on the Parse button from the Home tab, and it will parse all scripts against databases to check for any parse errors: 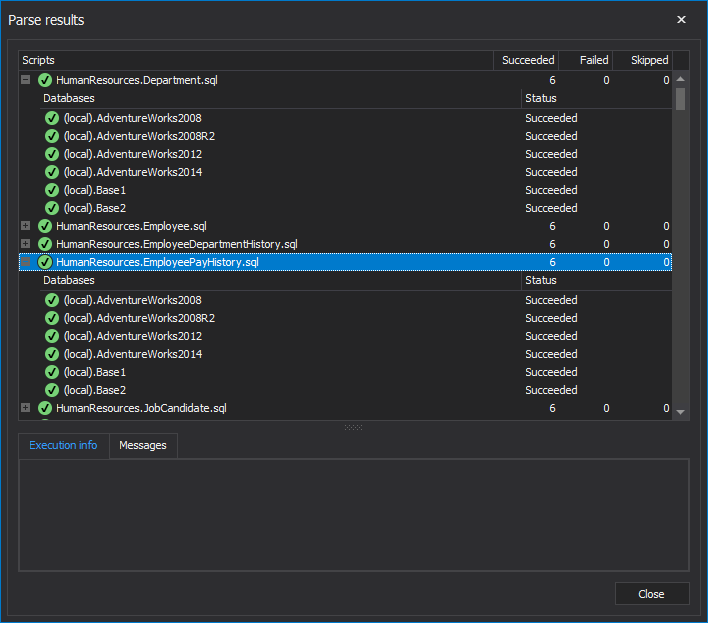 Note: Parsing errors can be reviewed in Execution info tab.

Once the scripts are parsed, click the Execute button from the Home tab and execution results will be shown in the Results window: 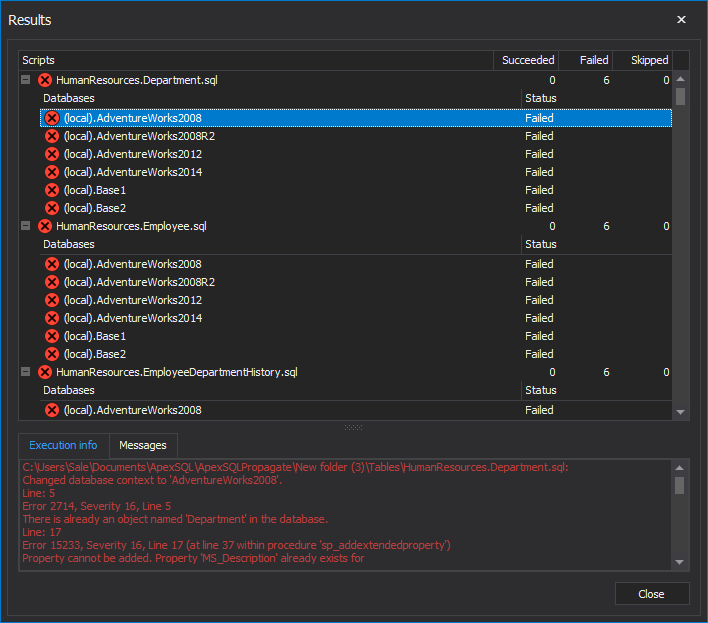 Note: If there is an error upon execution on a database, it can be reviewed in Execution info tab.